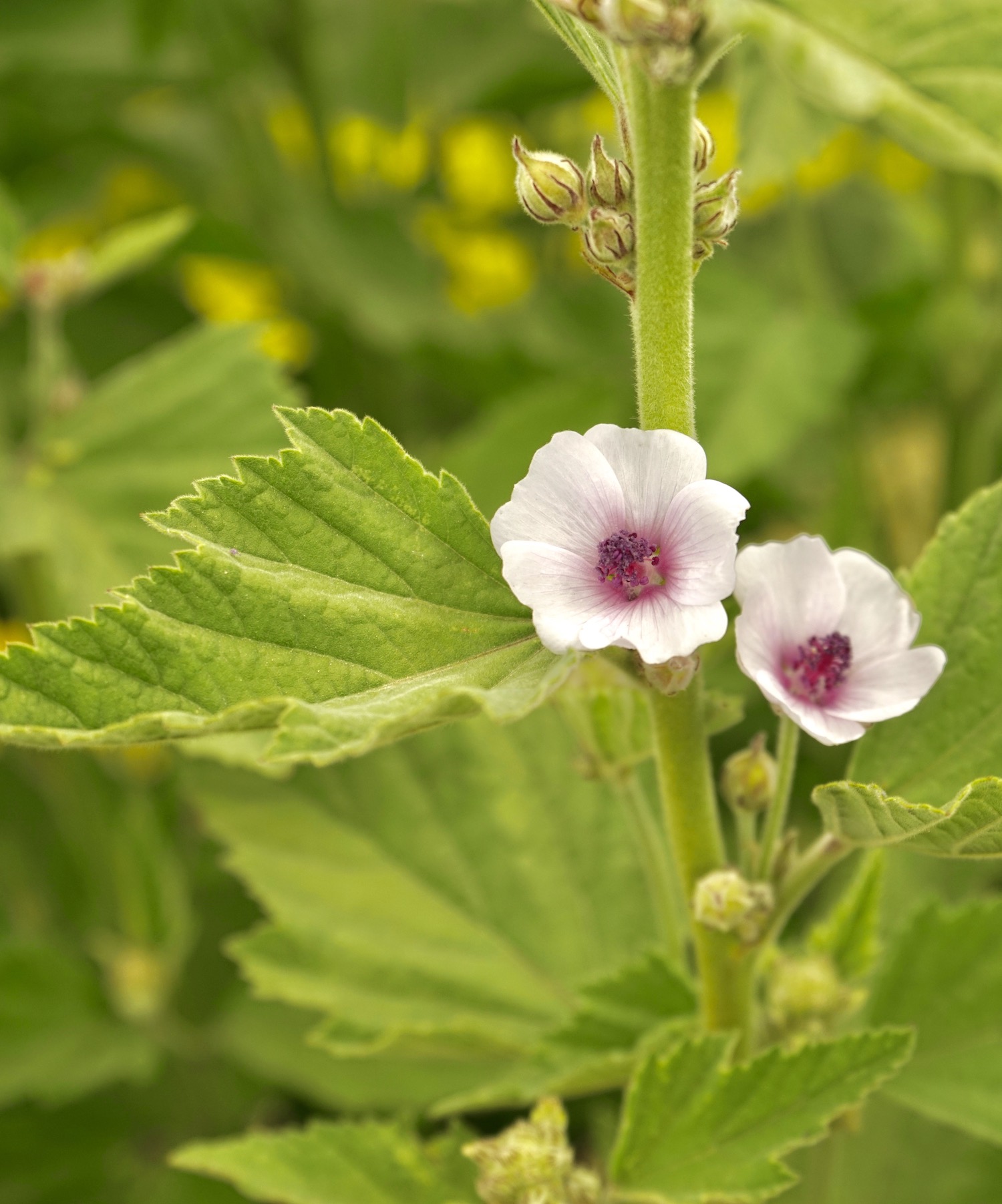 My name is Althaea officinalis. I was given this name in the ancient years by the Greeks, whom referred to me as their “official healer”. Althaea, you see, was derived from the Greek word ‘Althos’ meaning ‘to cure’. Though today you might be more familiar with my common name marshmallow and, yes, I use to be the main ingredient in that sweet treat you all know so well, however, no longer is there even a trace of me…

Marshmallow was valued as a food and medicine since the earliest time…As the story goes, it was the ancient Egyptians that first made a sweet treat from the roots of the plant, mixed in with honey and exotic spices. This medicinal candy was used to soothe a sore throat, giving a moisturising and cooling effect. Yet, such indulgences were reserved for the Gods and royalty only. Many years later, in the 19th century, French doctors would further tweak this recipe by whipping mallow root juice with egg whites and sugar… and so, the marshmallows’ story continued to evolve.

The French begun to incorporate the fresh young leaves into a spring salad, believed to stimulate and tonify the kidneys. A dish of mallow leaves was also considered to be a customary delicacy by the Romans. As the historical Roman physician Pliny wrote ‘whosoever shall take a spoonful of the mallows shall that day be free of diseases that may come unto him’.

Few Middle East counties, such as Syria, turned to marshmallow in times of famine or crop failure. Thankfully she choose to grow abundantly beside them and some would say it kept them alive.

The plants medicinal uses varied in the centuries that followed. From the making of a poultice of the leaves to reduce inflammation; to a decoction of the dried root for treating wounds, such as bruises, sprains, aching muscles or swelling-pain. Today marshmallow is still seen by many as a kind and gentle healer, soothing the inside and outside of the body with its cooling, protective and hydrating qualities.

Marshmallow is carried to attract love or to simply celebrate love!

Try adding her to your baths rituals, especially for those wanting to encourage and invoke fertility and lust. It was believed that one could improve fertility and life-giving energy by collecting mallow seeds under the light of the full moon to consume.

By placing a bunch of marshmallow flowers at your window she will help to guide your love home safely every time. Or so they say…..

Try me boiled in wine, in a refreshing cold water infusion or hot cup of tea, just add a dash of milk and a drop of honey.